White Canada and the Komagata Maru 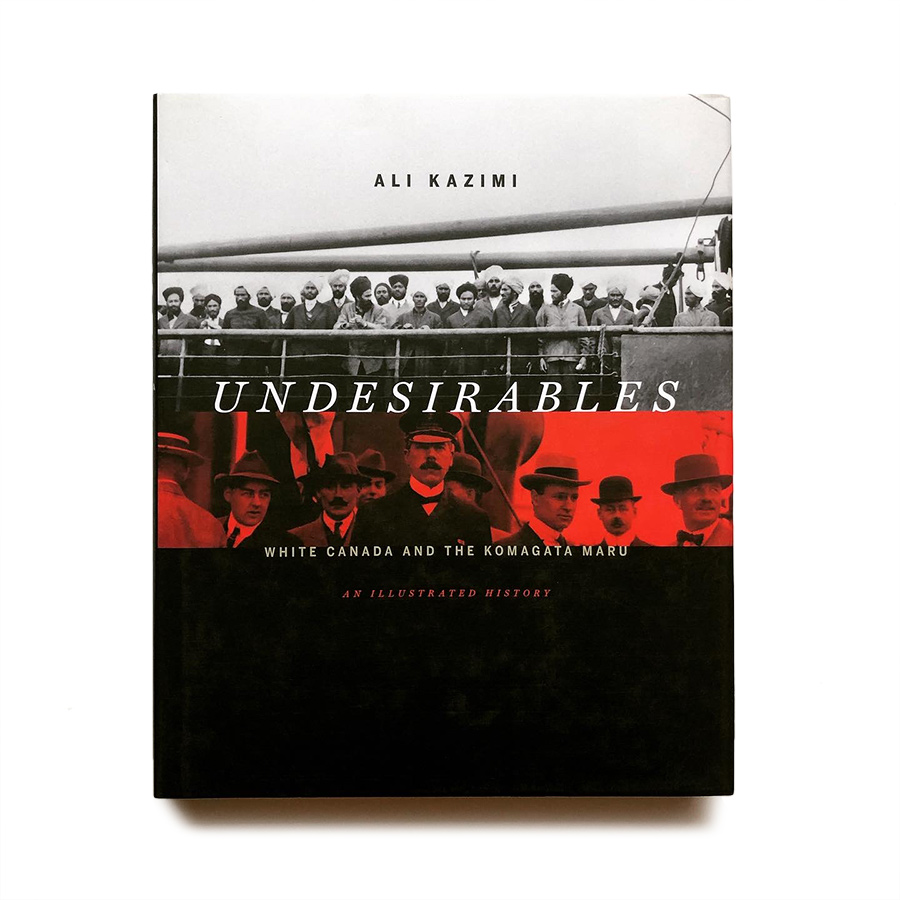 “…a beautifully illustrated hardcover text by Ali Kazimi, reminds one that good history is radicalizing.”

May 20, 2012 on May 23, 1914, the Komagata Maru, a ship carrying 376 immigrants from British India, was turned away when it tried to land in Vancouver’s harbour. The passengers on board, like Canadians at the time, were British subjects. Many of them were veterans of the British Indian Army who had fought to defend and expand the empire. They believed it was their right to settle anywhere in the empire, but they were wrong. Enforcing the “continuous journey” regulation, immigration boats surrounded the ship a half-mile offshore. Thus began a dramatic standoff that would escalate over the next two months.

Why did Canada refuse to let these South Asian migrants land, when it had accepted more than 400,000 immigrants the previous year? Why did this ship pose a threat to the mightiest empire the world had ever known? In Undesirables: White Canada and the Komagata Maru, award-winning filmmaker and author Ali Kazimi addresses these and other provocative questions. At the heart of the story lies the struggle between Canada’s desire to build a homogenous nation of white immigrants—preferably from Britain and Northern Europe—and the British Empire’s need for stability.

The turning away of the Komagata Maru became one of the most infamous “incidents” in Canadian history. But it was far from incidental—it revealed one component of what was effectively a white Canada immigration policy. Weaving text together with rarely seen photographs, key documents and other striking visual materials, Kazimi brings new insight to what the federal government acknowledged in 2008 as a “dark chapter” in our country’s past. Today, with Canada’s immigration and refugee framework under intense scrutiny, the story of the Komagata Maru is all the more relevant.

“It has been said that great books are ones you can enter anywhere and inhabit comfortably. But whichever page of Kazimi’s book you land on, you contend with a great discomfort. The discomfort of being unable to evade, obscure, or deny the existence of racism in Canada.”
— Harsha Walia, author, Undoing Border Imperialism & co-founder No One is Illegal

“…..Undesirables is not only a definitive historic glimpse of Canada’s racist past, but a more hopeful version of history. Each person encountered in Kazimi’s work is an agent of their community’s destiny—and an author of its freedom.”
— David P. Ball, The Vancouver Observer

Undesirables was made possible through the support of the Ministry of Citizenship and Immigration’s Community Historical Recognition Program (CHRP).