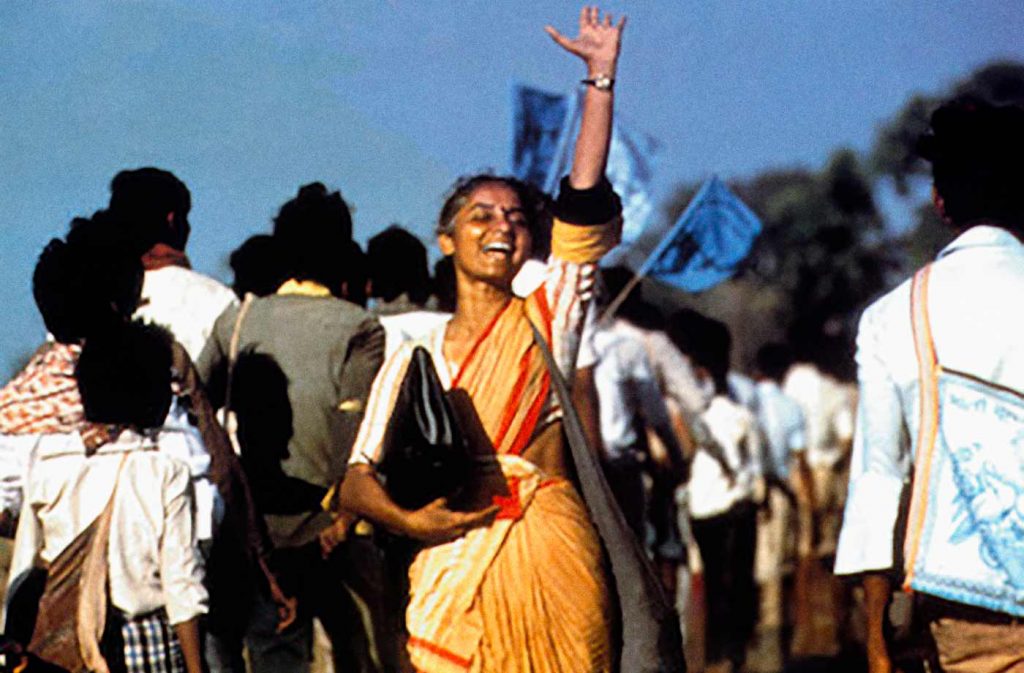 Narmada: A Valley Rises is beautifully photographed, inspiring film. It documents a 200 kilometre non-violent Gandhian march involving 6000 participants. The film offers a compelling and intimate portrait of a unique movement while raises critical and universal issues of human-rights, social justice, and development within a democracy.

“Polished beyond its low-budget means, this film stands in the best tradition of committed film-making. For anyone worn down or cynical about social struggle, Narmada shows how it can be both effective and inspiring. Like most successful recent documentaries Narmada builds a narrative and introduces characters that carry an audience through a complex thicket of issues.”
— NOW Magazine, February 2–8, 1995, Canada

“In a brilliant, moving depiction of anger and discontent the inhabitants of the valley come to life in their struggle against a perverse, warped concept of development.”
— Sunday Magazine, January 22–29, 1995, India

“The strength of Kazimi’s documentation does not lie in the dehumanizing objectivity of a statistician. It lies in the filmmaker’s commitment to humanism which makes the documentary not a transient social statement but a work of art which transcends time.”
— The Hindu, January 8, 1995, India

“Narmada Bachao Andolan (NBA) is an Indian social movement spearheaded by native tribals (adivasis), farmers, environmentalists and human rights activists against a number of large dam projects across river Narmada, which flows through the states of Gujarat, Madhya Pradesh and Maharashtra.” — Wikipedia.

This website, created by Nandini Oza, shares people’s histories of the mass resistance against the Sardar Sarovar Project (SSP), a mega dam based project on the Narmada river in India.

A seminal essay about the Narmada movement by Arundhati Roy – “If you are to suffer, you should suffer in the interest of the country.” – Jawaharlal Nehru, speaking to villagers who were to be displaced by the Hirakud Dam, 1948. I stood on a hill and laughed out loud.”

Produced with the generous assistance of Canada Council for the Arts, Ontario Arts Council, Telefilm Canada, the Ontario Film Development Corporation’ Non-theatrical Film Fund and the United Church of Canada