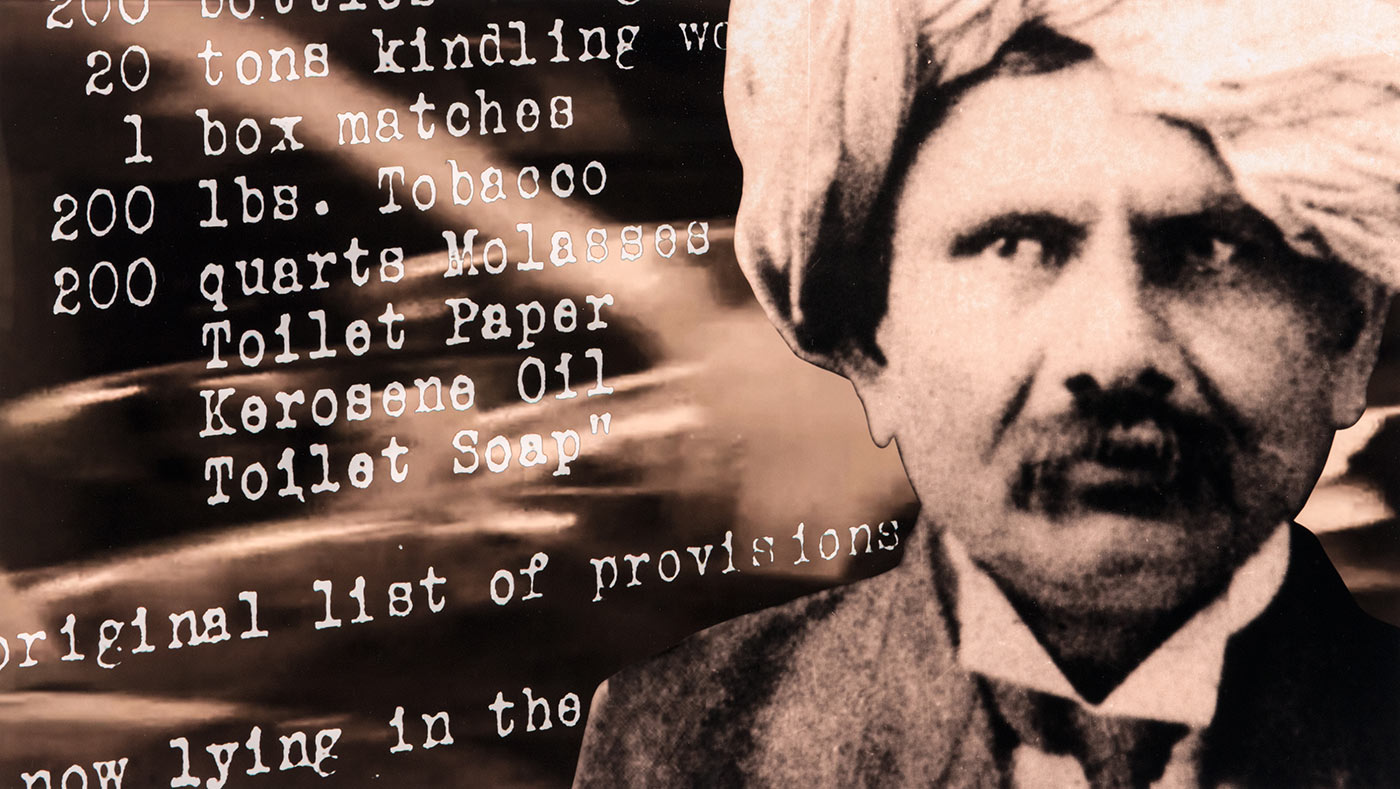 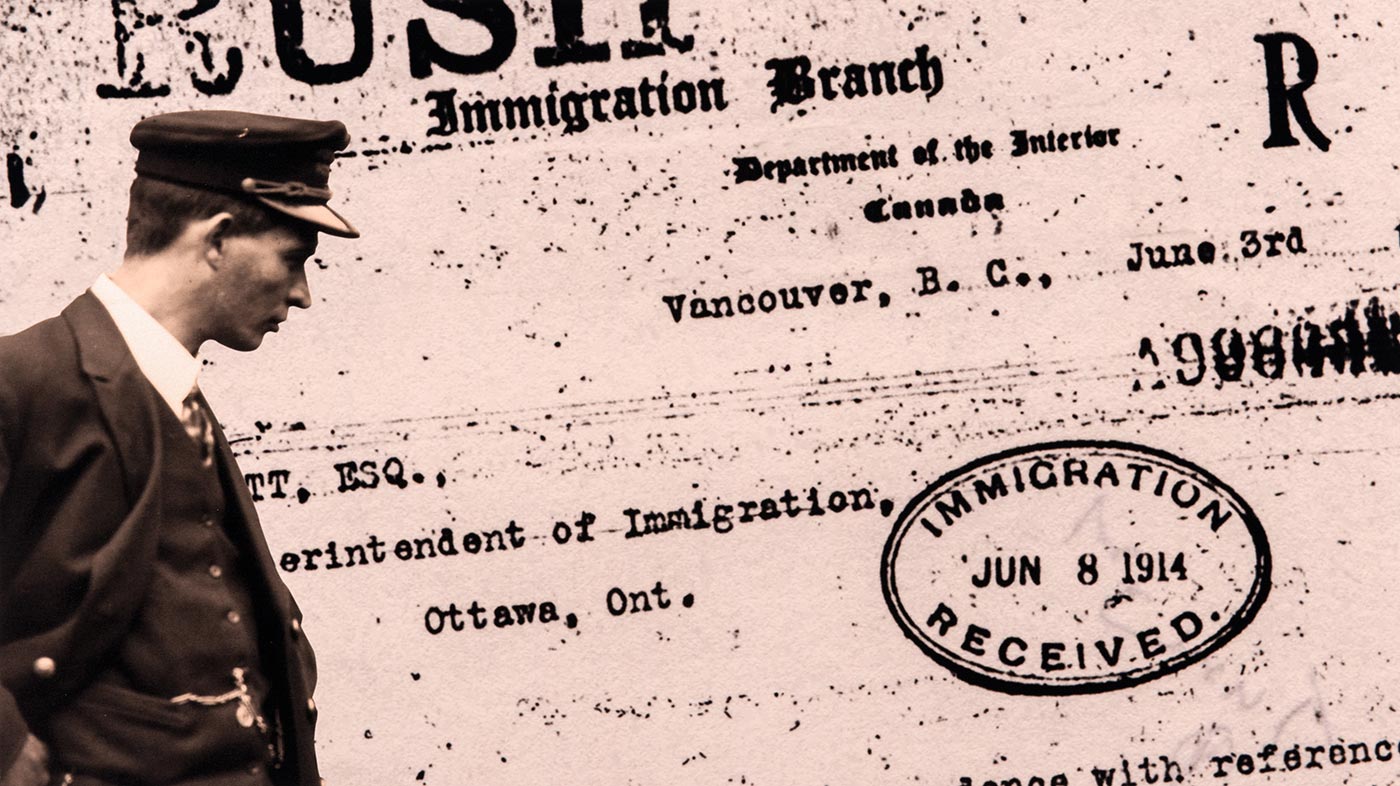 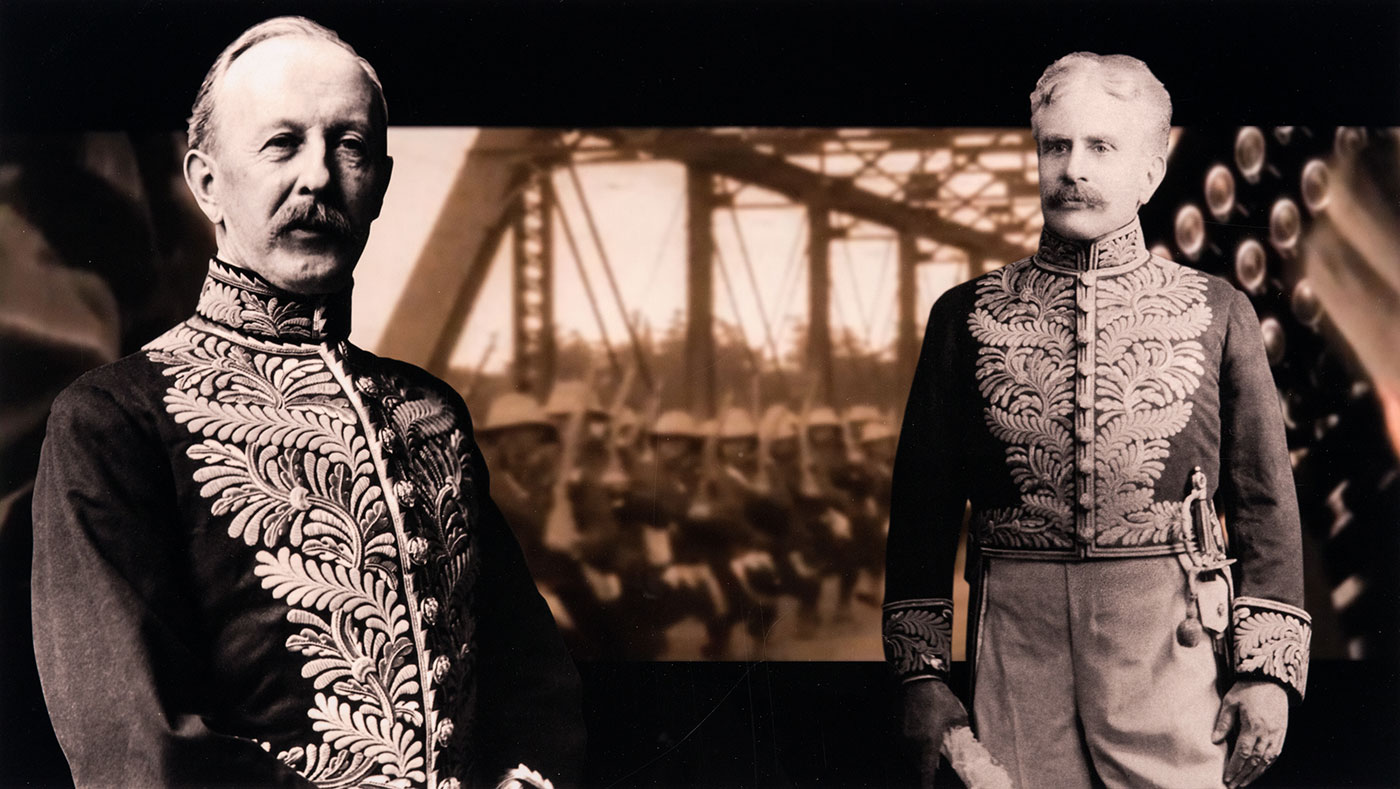 Kazimi uses collage to draw out relationships not present in the original pictures.

These photo-collages are based on Kazimi’s documentary film Continuous Journey (2004). the photograph that presents the faces of three individuals shows, at its centre, the face of inspector William Hopkinson, a former police officer in India who became an inspector at the Canadian immigration branch in Vancouver. He was actively involved in monitoring Indian immigration and Indian nationalistic opinions and outlets in north America. He was also pursuing investigations for the Criminal Intelligence Department of India. to Hopkinson’s left is Bhag Singh, the leader of the Vancouver Shore committee and the Ghadar Party member. to Hopkinson’s right is Balwant Singh, one of the first Granthis (ceremonial readers of the Sri Guru Granth Sahib) at Vancouver’s gurdwara (Sikh temple). An organization with a strong base on the west coast of north America, including Vancouver, the Ghadar Party agitated for rebellion and overthrow of British control of India in the second decade of the 20th century.

The second image, with the type-written list of rations in the background presents a portrait of Husain Rahim, editor of The Hindustanee newspaper, member of the Ghadar Party and Komagata Maru Shore committee member. the photograph with the two men in military uniform shows Robert Borden, who served as Prime Minister of Canada from 1911 to 1920. in British Columbia, the party ran on the slogan, “A white Canada,” playing to the fears of those British Columbians who resented the increasing presence