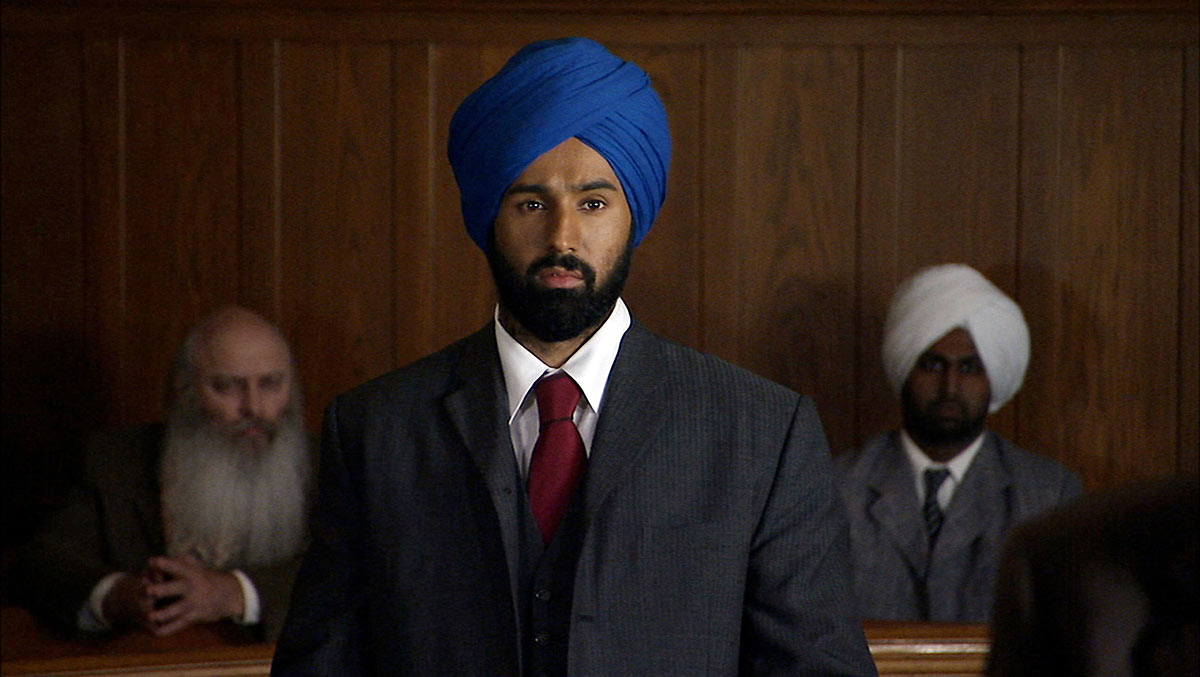 In 1915, two Sikh mill workers, Dalip Singh and Naina Singh, were entrapped by undercover police in Vancouver and accused of sodomy. This experimental video stages scenes from their trial, told four times: first as a period drama, second as a documentary investigation of the case (Kazimi), third as a musical agit-prop (Greyson), and fourth, as a deconstruction of the actual court transcript (Fung).

Dalip and Naina were arrested one year after the infamous Komogata Maru incident, in which the Japanese owned ship and its 376 would-be immigrant passengers from British India, mostly Sikhs, were turned back after sitting in Vancouver harbour for two months without being allowed to land. The South Asians, all British subjects, had hoped to challenge a systemically racist regulation that required potential immigrants to undergo a “continuous journey” from their country of origin, an impossibility deliberately created for people from the sub-continent.

Between 1909 and 1929, an inordinate number of men tried for sodomy in Vancouver were Sikhs. Based on the 1915 case, Rex vs. Singh is a speculative exploration of the interplay between homophobia and racism in this little-known chapter of Canadian history.

Rex vs. Singh was commissioned by the Queer History Project of Out on Screen, Vancouver Queer Film Festival

CBC report on Rex vs. Singh