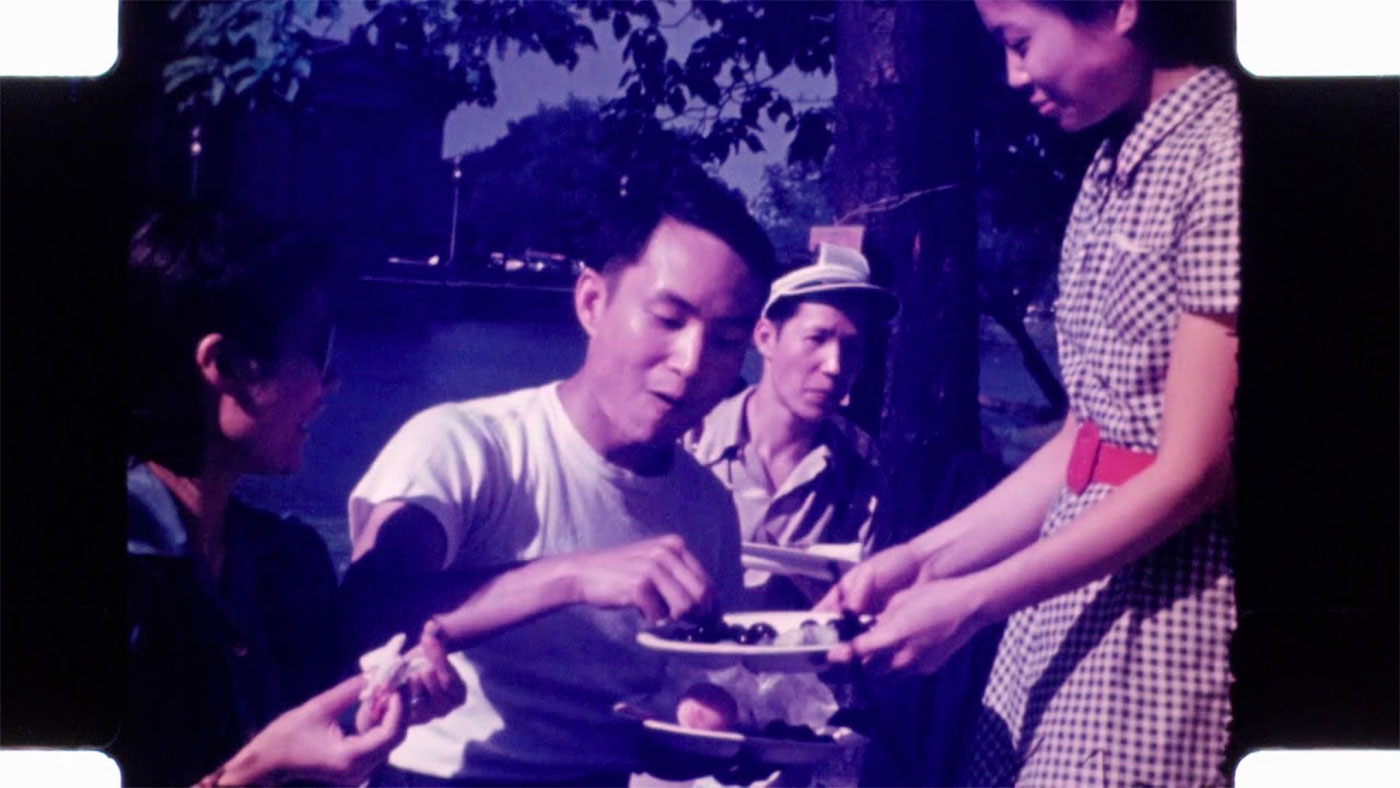 What emerges from a pile of deteriorating 16mm home movies spanning from 1936 to 1951, is a moving story of a Chinese American family set against the backdrop of race and class in Chicago, and one collector’s obsession with the 1933–4 World’s Fair.

Intertwining a first person narrative as an outside witness with family accounts and other commentators, Kazimi weaves a rich tapestry of the life of an unusually wealthy family of colour from the Depression era. The retrieved footage offers an intimate and radically different visual perspective on the Chinese American community in Chicago—with a surprising feminist twist. Visually rich and textured, unafraid to show the decaying patina of a family archive, Random Acts of Legacy revels in the making of home movies and memory.

“…gorgeous, multi-layered, … a haunting, essential document that, for all its specificity, comments on the universal human condition.”
— Glen Sumi, NOW Magazine, Toronto, April 26, 2016

“(A) masterfully crafted film… The filmmaker skillfully pulls a surprisingly rich and textured story from a relatively small cache of found footage. It causes us to pause and consider the ephemeral means by which we record and capture our most important moments and reminds us of the power of good, old fashioned celluloid film.”
— Jury Citation, Hot Docs Canadian International Documentary Festival, 2016

“Through Ali Kazimi’s deft command of the film-making language, a decaying collection of home movies is turned to an evocative, essential document of an experience rarely seen or heard from—a middle class Chinese American family in a 1930’s America. Ali’s creative design and approach enabled Silas Fung’s footage that’s personal, unique and specific, illuminate and comment on the universal human condition. For it’s creative and evocative manner of giving nuance to our understanding of ourselves, others, and the world we live in, we give CAAMFest’s Best Documentary award to Ali Kazimi’s Random Acts of Legacy.”
— Jury Citation, CAAMFest 2017

An in-depth, on stage interview, with Prof. Chris Lee, UBC, about the making of Random Acts of Legacy. Recorded during the Vancouver launch of the film by Rungh.

An essay on the making of Random Acts of Legacy