Beyond Extinction traces Indigenous matriarchs who revive traditions and fight to save an ancient burial ground in BC’ Slocan Valley. Declared “extinct” by the Indian Act, the film documents their intimate living histories and their decades long struggle for recognition.

Beyond Extinction: A Sinixt Resurgence documents three decades of Indigenous struggle by the Sinixt people, whose traditional territories are in Southwest British Columbia and the USA, divided by the border. It weaves together observational footage, contemporary interviews, oral histories, survival stories told by matriarchs, personal as well as public archives, to tell a story never told before.

This documentary traces through generations how the Indian Act, colonialism, residential schools, and borders, that led to the Canadian government declaring the Sinixt people to be “extinct”.

Filmmaker Ali Kazimi’s journey began in 1995, when he was invited and granted intimate access to the community building work of the autonomous Sinixt peoples. This film traces the journey of matriarchs Marilyn James, Eva Orr and Alvina Lum; Marilyn was appointed the official spokesperson of the Sinixt in 1992.

The film follows these matriarchs and the communities supporting them over a 25-year period as they repatriated the remains of ancestors held in museums, fought against logging in their traditional territories, revived ceremonies, conveyed oral histories and fought against erasure by the Canadian state.

The film starts by locating the viewer within the landscape of the territory and traces the story of a Sinixt man who faced deportation from Canada because he was born on the Sinixt land on the USA side of the international border. The story involves Canada’s immigration laws, environmental laws, and hunting and hunting rights. The Sinixt seek recognition for themselves and their traditional practices under Canada’s constitution. It ends with a ruling by the Supreme Court of Canada but the fight against “extinction” still continues. 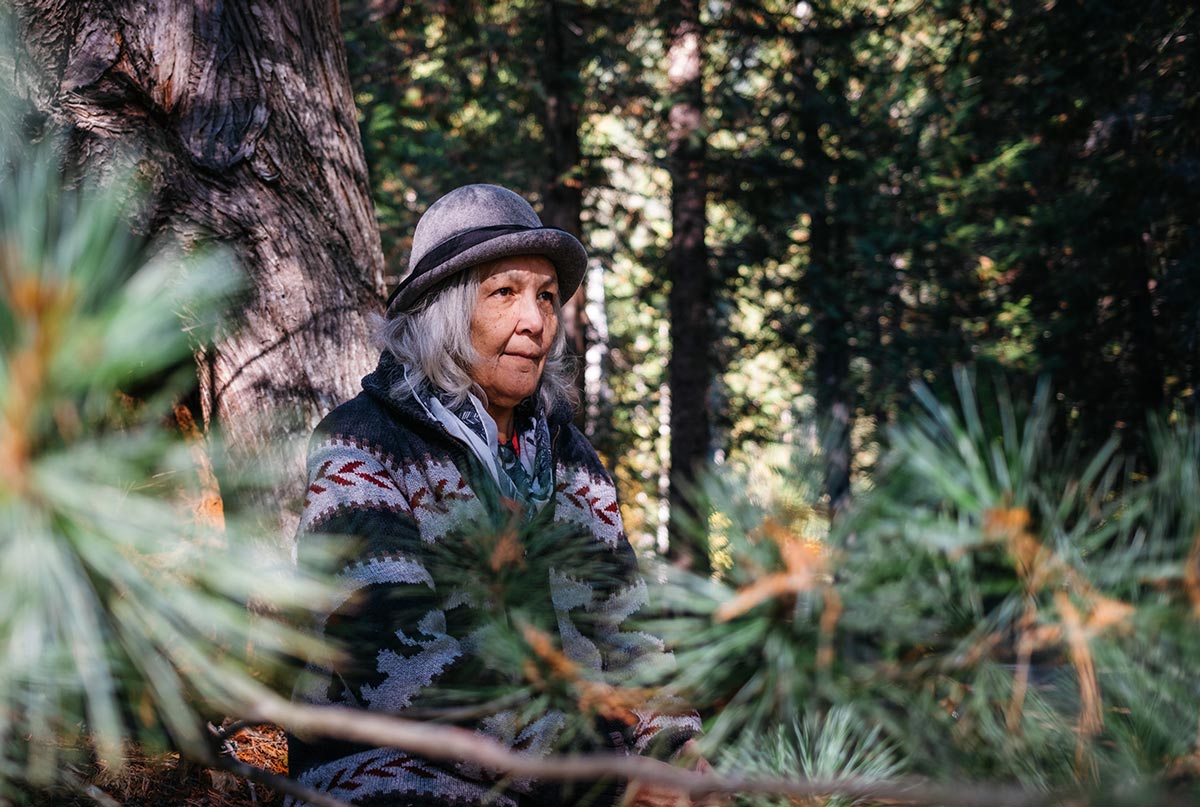 In 2019, Ali Kazimi was honoured with the Governor General’s Award for Lifetime Achievement in Visual and Media Arts for over three decades of groundbreaking work as a documentary and media artist whose work deals with race, social justice, migration, history, and memory. His film Continuous Journey (2004), alongside his book, Undesirables: White Canada and the Komagata Maru (2011), have played a key role in shedding light on the forgotten histories of early South Asian immigration to Canada.

Born, raised, and educated in India, Kazimi came to Canada to study film production at York University in 1983. Two decades later, after establishing himself as an awardwinning independent filmmaker, Kazimi returned to York University.

He is a full Professor in the Department of Cinema & Media Arts, where he has also served as the Chair of the Department. Kazimi’s films have received over two dozen national and international honours and awards, been screened in prestigious festivals and broadcast nationally and internationally. His films include: Narmada; A Valley Rises (1994), Shooting Indians: A Journey with Jeffrey Thomas (1997), Continuous Journey (2004) and Random Acts of Legacy (2016).

The University of British Columbia conferred an honorary degree, Doctor of Letters (honoris causa), to Kazimi in 2019.